Genuine: Live at the Lower Deck 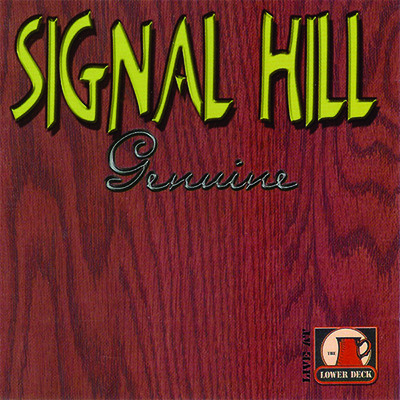 1999: This second live album marked the departure of Jim Lamb and the debut of Jason Campbell

on tenor harmony and 6-string acoustic. Most of the these tracks can still be found in the live shows, only now with drums and four part vocals. Recorded live at the Lower Deck over several nights where the audience in attendance was encouraged to sign a guest book that is printed inside the album. This idea was continued for the next 2 albums in this series. The inside photos of the band were actually taken from the Scott Tournament of Hearts in PEI. The recording of this album was a learning process and there were problems with the photography and artwork, which ultimately lead to the removal of the cover photo after the first thousand copies. These exist as collector’s items today. The Genuine: Live at the Lower Deck is now available on cassette only, which still contains the original cover photo.